Car Key Cloning has become far more popular over the years , due to it being a cheap spare key , however its not always the best option and has its pitfalls.

The reason so many fall foul of the long term issues a clone key can cause them , is down to customers not understanding what a clone key actually is . 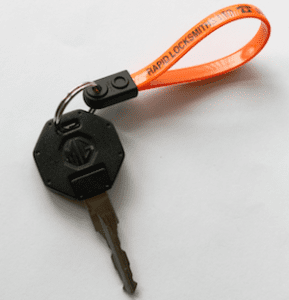 WHAT IS A CLONE CAR KEY

you as the customer are happy , the key works and was far cheaper than a proper key.

We are not saying that a clone is a bad thing , its a perfectly usable spare key and it is cheap , however there are pitfalls you need to be aware of that most suppliers of clone keys will not tell you about , they just want to sell you a key , as a company we will happily supply you with a cheap clone key , however with one difference , we will make you aware of the potential pitfalls of your choice and advise a properly programmed key as a better option.

So i hear you ask , as the key works and was far cheaper than a proper key , why would you say there are pitfalls with car key cloning ?

WHAT ARE THE ISSUES WITH A CLONE KEY

The best way i can catagorise a clone key is , A clone is a temporary key , a cheap emergency key for now only , they are cheap but they do have some potential issues .

Why is this an issue ? let me explain ;

take the scenario that your original key is a remote key and has been lost , you now want to get a new proper remote key programmed and you are using your clone key for time being until you get a new remote and its working fine.

When a new intergrated remote key is programmed to the vehicle , all previous keys are deleted from the system for security purposes, so as your clone key only has a clonning chip in it , this chip type will not program back to the car , as its host key has now been deleted the clone key will no longer start your car , thus why i state its a temporary key.

Another common scenario is when a new car is purchased on finance , you will normally recieve 2 new keys with the vehicle , but unknown to you some finance companies keep a clone key as a repo key in case payments are missed. now lots of people when they buy a new car call out a locksmith to recode the system to be rid of any 3rd keys , but this wont stop the clone repo key from working because its host key has been programmed back into the car .

a properly programmed key with a reprogrammable chip is not much dearer than a clone key , and can be recoded as many times as it needs to be , so is a permenent key , the slightly cheaper clone key is a temporary key that can only continue working whilst its host key remains programmed to the system , so the slight saving is more often than not a false economy.

a clone key needs replacing when new keys are coded to the vehicle if its host key is no longer available , a properly coded key does not as can be recoded infinite times , so one is a permenent key but the other a temporary key only.

a clone key is not so much of a bargain if 6 months later you lose the host key or it fails , as the clone key ends up in the bin , so car key cloning is not always the best option nor does it always work out to be the cheapest solution long term.

our advice is to always opt for a properly programmed key .

George Stubbings
Nottingham Car Keys
2013-05-02T22:46:07+00:00
my passat keys were stolen and my car stranded in sherwood , the locksmith arrived within 30 minutes and completed the job 35 minutes later , very fast and efficient service George Stubbings
https://www.nottinghamcarkeys.co.uk/testimonials/very-good-service/
i will be keeping your number in my phone for future , very fast efficient service , a pleasure to deal with , certainly recommend you

julie sharp
Nottingham Car Keys
2013-05-02T22:50:01+00:00
i will be keeping your number in my phone for future , very fast efficient service , a pleasure to deal with , certainly recommend you julie sharp
https://www.nottinghamcarkeys.co.uk/testimonials/lost-ford-transit-keys/
Thank you for comming out and picking open my mercedes CLK at 1am in the rain , keys locked in boot , RAC had tried for an hour and a half with no success , i tried ringing locksmiths and you was the only one that answered .

I was shocked at how quick you completed the job , next time i will call the experts right away

caroline x
Nottingham Car Keys
2013-05-30T12:57:34+00:00
Thank you for comming out and picking open my mercedes CLK at 1am in the rain , keys locked in boot , RAC had tried for an hour and a half with no success , i tried ringing locksmiths and you was the only one that answered . I was shocked at how quick you completed the job , next time i will call the experts right away many thanks caroline x
https://www.nottinghamcarkeys.co.uk/testimonials/my-hero/
0
0
Nottingham Car Keys