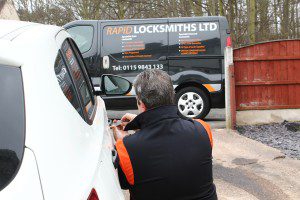 yes unlike the dealers , we can normally offer you a same day service for replacing lost car keys and stolen car keys

are all situations he excels in , we guarantee a fast damage free entry to all cars and vans to retrieve keys .

theres even an out of ours emergency service available

This really is our ilkeston auto locksmiths specialist area

we can normally replace lost car keys and stolen car keys on a same day service from our extensive stock .

within 30 minutes of arrival and in most cases same day , 7 days a week.

Our Ilkeston auto locksmith works on most makes and model of car , but specialises in ;

we understand that car keys get lost , stolen , broken and damaged

the reasons for needing  replacement keys in ilkeston may vary

we always strive to offer a same day service for replacement remote keys ilkeston where possible.

Our well stocked and equipped ilkeston auto locksmith works on most makes and models of car and van including ;

Ilkeston auto keys are supplied daily , 7 days a week by our ilkeston auto locksmith who offers car keys for the following makes daily ;

getting a quote and booking is simple